Have you heard of Kael Ngu yet?  I’m relatively sure that you’ve seen his work and not recognized it.  He is fairly new to the field but rapidly gaining a following.  His recent Dark Nights Death Metal #1 featuring a ridiculously gorgeous Wonder Woman has been getting tons of attention.  It’s amazing.  On the other […] 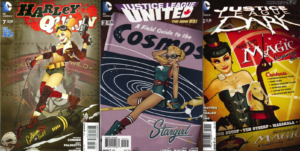 As I discussed in a recent Movie Variant blog post, DC was testing theme-based variant cover from March 2014 through April 2016.  Arguably the most successful thematic variant was the bombshell variants, that were originally released in August 2014.   Ant Lucia was the cover artist on all issues except for the Batman variant, featuring Joker’s […]

This is the third and final list for Mattina cover art, here is the Mattina DC list and the Mattina Alternate Publisher List. Between these three posts, this list is by far the most comprehensive list of Mattina’s cover art anywhere. There are 143 covers for Marvel alone! Hopefully, this will help all of you […]

When you start searching through these issues and titles you’ll discover some rarely seen Mattina covers.  Except for Spawn, everyone knows Spawn from his high profile start in the early ’90s.  It’s important to give some insight into how this is organized.  First, the four publishers are in alphabetical order and then the titles are in alphabetical […] 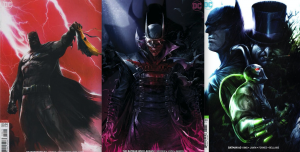 Francesco Mattina has a certain flair about his art.  Most of it is dark shadowy work that has you straining to see more details.  But he frequently adds these spectacular wisps of orange, lime green or red.  The Batman Who Laughs cover is a good example.  The cover is composed of very dark tones of black […]