Currently, DC and other publishers use variants for landmark issues, 1st appearances and the #1 issues in a title.  There might be 100 different variants for Action Comics #1000 but it wasn’t always like that.  From March 2014 to April 2016 DC was testing theme variants that covered several titles.  So the variants weren’t all confined to a single issue or even title.  Superman, Batman, Aquaman and Wonder Woman might all have selfie variants in the same month.   The movie poster series was in the middle of what I refer to as the theme variant experiment.
The most sought after cover in this set is the Batgirl homage to Prince’s Purple Rain.  Cliff Chiang, who is the cover artist, creates a near-perfect tribute with the motorcycle, the smoke, and the facial expression.  It’s amazing.  The other issue that resonates with people is Wonder Woman #40 and it’s an incredible homage to 300 by Bill Sienkiewicz.  “Tonight we dine in Themyscira”  Overall, there are some great looking covers with something that appeals to everyone.

Each of these issues is linked to ComicsPrice Guide so that you can see the artists, values and if one of our members is selling it. 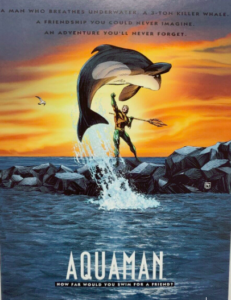 Superman/Wonder Woman #17 – Gone with the Wind

For 22 out of 26 months DC created these theme variants that covered several titles.  Some of which were well received like the movie poster and bombshell variants, while other variants are forgettable.  What is your favorite theme or individual issue?