This post is solely factual for reference.  There is still confusion in the marketplace about first appearances and cameos of certain characters.  This has been researched, books were opened and appearances verified.  Part two uses this data and pricing information that will help you think differently than the masses who follow the latest “hot” book.  Chasing hot books after someone calls it out is fun but it can be costly.  Looking at data and finding undervalued books is a much easier way to make a wise comic book investment.

Batman: Legends of the Dark Knight has two issues in the ’80s but neither makes the list. Suicide Squad sometimes includes the Dark Knight while at other times it excludes him, so it isn’t included.  Here are the important or key Batman comics from the 1980s a few are linked to Comics Price Guide for reference. 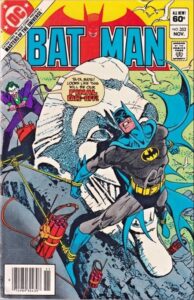 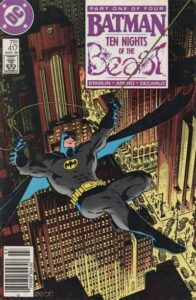 Now that we have all the first appearances in a neat little list let’s move on to the implications.  Check out Part 2, Batman Comics in the 80s That You Should Buy Now.

One thought on “Key Batman Comics from the 1980’s”