There is a lot of talk going around about the speculation market.  As with any topic people care about there is a myriad of opinions.

From a positive point of view, someone might believe that if speculators buy more books then that helps local comic book shops.  Speculators say that If I can make some extra money on my hobby then I can afford to buy more expensive books or a greater number of books  Some view speculators as those on the cutting edge of trends.  Since they keep up with movie and television announcements they are some of the most informed members of the comic book community.

Others view speculators as a part of the hobby, neither good nor bad.  Along a similar thought process, speculators and collectors are essentially the same people because we all speculate on some books.  Why single out that specific group to villainize?

The biggest accusation is regarding the destruction of the comic book market?  Is today’s speculator the same as the people who bet on comics in the 90s and lost?  Are we headed for another big fall? 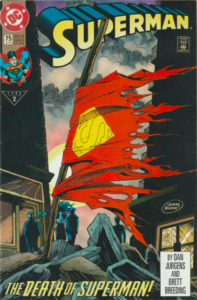 Back then the media was constantly running stories on comics being worth a fortune.  This caused non-comic book collectors to run into the market like the gold rush of 1849.  They didn’t know much about the hobby but they were going to make a mint buying first appearances, the death of Superman, and all these new Image titles.  Just like the California Gold Rush, the only people who made money were the suppliers or dealers.  When the market lost momentum, dealers went under at an astounding rate.

Are speculators today coming from outside the comic book community?  The media doesn’t usually cover comics so we haven’t seen a huge influx of new people entering the hobby.  There are not many outside speculators, so that is very different.

In the days of Pretty Woman and Forrest Gump, speculators theorized that since old books like Silver and Golden age books rose in value that new books would as well.  What they failed to realize is that almost all new books were treated gently and regarded as collectible.  The old books were folded, used as coasters, colored on, and used to swat flies so high-grade books were difficult to find.  90s books were not rare in high grades.

There are some elements of this thought still active in the comic book community.  We have seen new books skyrocket in value because of a first appearance, even though we know it isn’t rare and most issues are high grade.  So it appears that there will be another “Hit me, Baby, one more time” price correction eventually.  Obviously, high demand books could avoid a dramatic price reduction but some correction is good for the hobby. 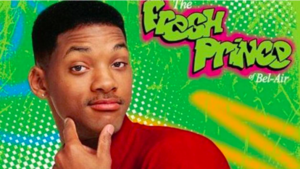 Nostalgia is one of the big drivers in the comic book world and has been since the early 70’s when the first generation comic book readers came back to the hobby.  The same phenomenon happened when Seinfeld, Friend, and The Fresh Prince of Bel-Air ruled television.  People go back to their childhood, remember the fondness of a great toy, show, or comic book.  This is less of a speculation driver but it’s important to understand.

In today’s market, the 1990s are hot primarily because the 90s kids have more money and a sense of nostalgia for a simpler time of Rug Rats and Mighty Morphin Power Rangers.  That timeframe will continue to be important for many years to come as those overlooked books gain more attention. 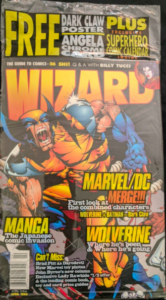 The fourth thing that drove the speculation market when you were sporting stonewashed jeans, a concert t-shirt with a flannel shirt over it was a hype machine.  In the 1990s the big hype machine for the comic book world was Wizard magazine.  If you looked past their magazine with the cool cover and a collectible card you could see inflated prices.  Each month prices always went up.  Image books, Todd McFarlane books, and anything else that they deemed hot escalated in price.  They were driving the price not reporting the price.

Is there a hype machine today?  The most likely suspect would be a YouTube personality who focuses on the highest sales for a specific book.  (Not pointing any fingers if someone comes to mind)  We look at thousands and thousands of prices each week and I can confirm that some “highest sales” look fake.  It makes no sense for two identical books in the exact grade on the same day sell for vastly different prices.  I’ve personally seen books sell for double on the same day with the same grade.  That has to raise some red flags if you are thinking critically.

Based on this, we have some risk that there will be a comic book price correction.  It doesn’t seem imminent but there are some contributing factors.  The most important thing that I can say is to keep your brain working when you buy something, fellow collectors and speculators.  Do not blindly follow the pack or believe all the marketing.